Investors, however, are confronting difficult questions over whether cryptocurrency investing is compatible with their ESG considerations, as surging bitcoin prices prompt many managers to consider allocating toward digital assets.

Bitcoin has rallied over the past year with prices increasing fivefold with the wider cryptocurrency market now worth more than (USD) $3 trillion.

At the same time, interest in sustainable investing has skyrocketed alongside growing concerns about climate change. Almost three quarters of institutional investors and fund selectors are now implementing ESG strategies while bitcoin has been under fire for years from environmental activists, who criticise the blockchain’s reliance on energy-intensive ‘mining’ by computers.

As with any emerging technology there is often controversy, scepticism in adoption and many functional shortcomings. Digital assets feel like they have had a long and fumbling entry into the mainstream, but in the last two years, giant steps forward have been made to address the environmental challenges associated with Decentralized (De-Fi) Blockchain-based finance.

Blockchain based De-Fi and Environmental Degradation

Bitcoin and other similar public blockchains and the way their transactions are secured and trusted is highly energy intensive.

Blockchains currently account for 0.58% of global electricity consumption, while bitcoin mining alone consumes almost as much energy as the entire US federal government.

Bitcoin and earlier blockchain technologies have been designed according to the Proof of Work (POW) principle. This is a way for networks to check the validity and security of transactions using cryptography.

Cryptography uses complex mathematical equations that only powerful computers can solve. No equation is ever the same, meaning that once it is solved, the network knows the transaction is authentic. Not only does POW need significant amounts of electricity, but it is also very limited in the number of transactions it can simultaneously process.

In POW blockchain networks, like bitcoin or ethereum, the game is won by whoever has access to the cheapest power and largest, most advanced mining systems. Back in 2011, a spare laptop could earn bitcoin rewards, but now, ‘professional’ miners have dedicated ASIC mining rigs stacked side-by-side to form mining farms larger than most rural towns. As a result, the amount of electricity consumed by the bitcoin network in one year could power all the kettles used to boil water in the UK for 15 years. This is equivalent to roughly 1.5 times the annual energy consumption of Ireland.

But not all cryptocurrencies rely on such resource-intensive technology. The most popular alternative to POW is a system called Proof of Stake (POS). This still requires users to have some kind of skin in the game to dissuade bad behaviour. However, instead of having to pay for huge amounts of electricity to enter, they instead have to lock up some of their own cryptocurrency tokens in the network to “prove” they have a “stake” in keeping the ledger accurate. If they get caught doing anything fishy, they’ll be penalized by losing those tokens. This removes the need for computers to solve complex puzzles, which, in turn, reduces emissions. 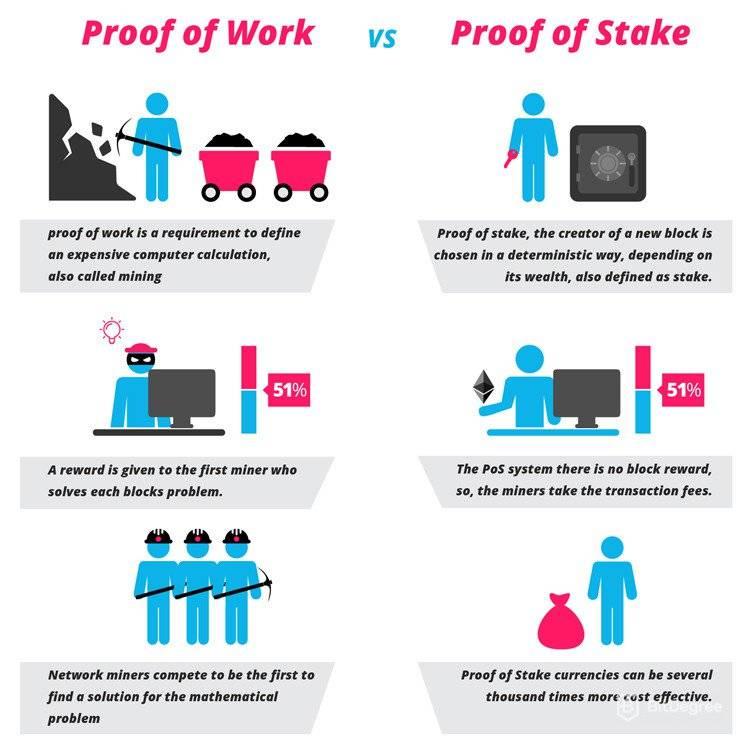 The Ethereum network poses the greatest challenge to the crypto community to change to POS as this community has already invested close to (USD) $9bn in transferring to this system. A Bloomberg report released this week suggested that this transition could cut ethereum’s energy use by over 99%. A good example is the XRP Ledger that powers Ripple. In this scenario, a decentralized network of individual servers, no larger than a laptop, algorithmically deliberate on which transactions to include in the next ledger, and in what sequential order.

Because the total supply of XRP already exists, a consensus model doesn’t require the same energy-intensive process as proof-of-work mining. And the results are game-changing.

Commitment to a Greener Landscape

Despite all of these potential benefits, the huge energy consumption associated with the technology is one of the main hurdles to overcome, and many players in the industry are working on ways to address the issue.

In April 2021, three important organizations (the Energy Web Foundation, Rocky Mountain Institute, and the Alliance for Innovative Regulations), formed the Crypto Climate Accord, which is supported by organizations spanning the climate, finance, NGO and energy sectors.

The aim of the organisation is to “decarbonize the industry in record time”, achieve net-zero emissions in the global crypto industry by 2030 and a goal for all of the world’s blockchains to be powered by 100% renewables by 2025.

In addition, the Bitcoin Clean Energy Initiative (BCEI) was launched by Square in December 2020. This committed to invest (USD) $10 million to help drive the use of renewable energy within the bitcoin ecosystem.

Square will invest a further (USD) $5 million to build a solar-powered Bitcoin mining facility at a Blockstream Mining site in the U.S. through a partnership with the blockchain technology provider. The aim is to develop a “proof-of-concept for a 100% renewable energy bitcoin mine at scale”.

Bitcoin miners are an ideal complementary technology for renewables and storage. Combining generation with both storage and miners presents a better overall value proposition than building generation and storage alone. By combining miners with renewables and storage projects there could be an improvement in the returns for project investors and developers, moving more solar and wind projects into profitable territory.

A major potential impact could also be a sizable transformation and greening of the bitcoin mining industry. It’s estimated that there’s only 10-20 GW2 of mining capacity worldwide today. Deploying miners at even 20% capacity with the above mentioned 200GW of delayed solar and wind projects on U.S. grids alone could result in 40 GW of new mining capacity, effectively dwarfing the entirety of the existing global market.

Note that while many of these projects would likely be built “behind the meter” to utilize otherwise curtailed solar and wind power whenever possible, they would likely still mine with grid electricity during other periods when profitable, This means it wouldn’t be entirely green from the outset. But if solar and wind become even less expensive and constitute an increasingly large portion of baseload power to strengthen the security of the bitcoin network, this will potentially further entrench bitcoin as a sound currency for all.

The Cryptos with Green Agendas

Sustainability can also be extended to the actual tokens/coins being traded on global exchanges. Many are gaining traction given their energy efficient design and project objectives:

Tron (TRX)
The Next cryptocurrency on this list is Tron or TRX coin. Tron is a unique peer to peer platform and a public blockchain that allows users to share apps directly on it’s blockchain.TRC20 is also one of the cheapest blockchains to transfer cryptocurrency from one account to the other.

IOTA is based on the probabilistic consensus technology with POW concept. This makes it very efficient when it comes to consuming energy and is estimated to utilize less resources than traditional credit cards.

EOS
More like our previous coin Tron, EOS or EOSIO is a public blockchain that empowers developers to create their own applications using a variety of programming languages. EOS is considered to be highly sustainable and works with extremely low energy.

NANO
Nano is considered to be one of the lightest in energy consumption when it comes to trading. Nano takes a rather unique approach with the blockchain technology by creating an account-chain for each of the users on the network. They can then choose to have a representative that carefully confirms transactions.

Stellar (XLM)
Stellar is backed by one of the most useful technologies trying to introduce a more cost-efficient way to make payments, even across the borders.

The transactions performed over the Stellar blockchain through “Lumens” literally cost you close to nothing and also account for extremely low energy consumption.

Ripple provides a great alternative for users to make rapid transactions carried out within seconds. Using the RPCA algorithm, Ripple makes it easy to carry out over 1,500 transactions every single second, all while consuming an incredibly low amount of energy.

Cardano (ADA)
Cardano or ADA works on the concept of POS and is more efficient than both etherum and bitcoin when it comes to making quick transactions – almost a thousand transactions every single second!

SolarCoin (SLR)
As the name already indicates this coin is based on the Solar Energy project. The company behind this cryptocurrency wants to make users install more solar arrays to generate energy. For each megawatt hour of electricity that is generated by solar energy, a SolarCoin would be created.

What next for blockchain powered finance?

As the world moves forward one thing remains certain, the polarisation of central control and decentralisation is gaining ground. Societies are being challenged now more than ever to maintain sovereignty at both a collective and individual level. The pressure for change is forcing through infinite creativity and innovation. Finding smarter ways to enable financial wellbeing and protecting natural resources and the environment are not contentious issues or a trade-off. Both objectives can and are being achieved by communities of entrepreneurs and investors of all kinds globally.

The Big Squeeze and the Energy Cost Solutions

The Big Squeeze | Energy Costs and a Way Forward

This website uses cookies to improve your experience while you navigate through the website. Out of these cookies, the cookies that are categorized as necessary are stored on your browser as they are essential for the working of basic functionalities of the website. We also use third-party cookies that help us analyze and understand how you use this website. These cookies will be stored in your browser only with your consent. You also have the option to opt-out of these cookies. But opting out of some of these cookies may have an effect on your browsing experience.
Necessary Always Enabled
Necessary cookies are absolutely essential for the website to function properly. This category only includes cookies that ensures basic functionalities and security features of the website. These cookies do not store any personal information.
Non-necessary
Any cookies that may not be particularly necessary for the website to function and is used specifically to collect user personal data via analytics, ads, other embedded contents are termed as non-necessary cookies. It is mandatory to procure user consent prior to running these cookies on your website.
SAVE & ACCEPT